Hello My Furiends,
Meong, לילל,   miyavlamak,   mjau,  Μιάου.  Why am I meowing at you in Indonesian, Hebrew, Azerbaijani, Swedish and Greek? Well, because it’s International Cat Day today, of course! In honor of this impurrtant holiday I’ll be featuring stories from around the world that celebrate our feline holiday. 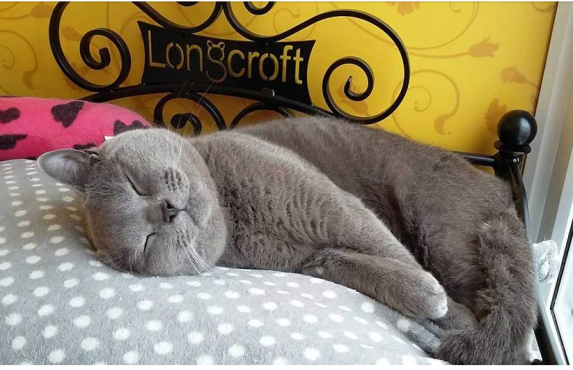 If we’re going to highlight International cat related news items, we must highlight posh feline accommodations across the pond. If any of my feline furiends are planning to travel to the UK, posh digs are a must. Make sure your humans book you into one of the Longcroft Cat Hotels.  Rooms are temperature controlled and sound proofed and, if you travel with a kitty buddy, there are double rooms. Order off the a la cat menu which offers plates of slow cooked chicken, salmon and king prawns on bone china, and be sure to book a staff member,  trained by vets, to give you a “relaxing paw massages”. I say the humans in the US need to think about opening hotels like this!

If you’re traveling to Japan, you don’t want to miss the Lucky Cat Temple in Tokyo. The  Gotokuji temple has long attracted spiritual visitors with its thousands of figurines of beckoning white cats, thought to bring good luck. Lately, another group of visitors have been visiting, : Instagrammers.

One visitor said, “I actually Googled ‘Instagram spots Tokyo’. This was named one of the most ‘Instagrammable spots.'”  Don’t forget to put this on your itinerary if your travels take you to Tokyo and make sure your human snaps a shot of you sitting next to one of the statues with one paw up.

International Cats, 10 Unusual Breeds from Around the World – Getty Images

Just when you thought you knew everything about cat breeds….these photos come out. The pictures of these majestic felines are amazing and the information about them is even more interesting. Did you know that it’s considered good fortune if a Japanese Bobtail crosses your path? And there is a breed of cat from Turkey that is indigenous to the Lake Van region of Eastern Turkey, These cats are snow-white  and is said to be one of the oldest domestic breeds in the world.  And then there’s my majestic friend in the photo, the Siberian cat. These felines are rugged and their thick, luxurious coat allows them to thrive in the subartic climate of Russia. Russian fairy tales depict this cat as magical creatures who protect children. No offense to my Siberian cat friends but IMHO all us felines are magical creatures!

We felines were famous long before the internet was invented and were a part of the ancient human world. A DNA study went back thousands of years and found evidence of two major dispersals from the Middle East, in which people evidently took cats with them. Genetic signatures the felines had on those journeys are still seen in most modern-day breeds. Researchers analyzed DNA from 209 ancient cats as old as 9,000 years from Europe, Africa and Asia, including some ancient Egyptian cat mummies.

With our ancient and proud heritage, I think you humans should show us a little more respect!

Get Catty! Celebrate International Cat Day by Looking Like a Kitten – The Indian Free Press Journal 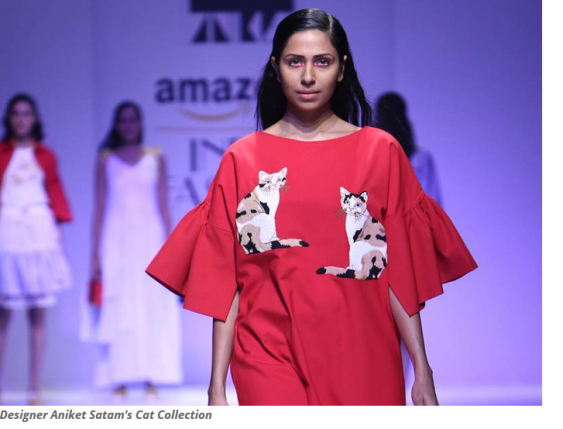 For my final  world-wide cat article, we’re hopping over to Mumbai, India. Many feline fashionistas think Karl Lagerfeld, who made his kitty Choupette into a style icon is the cat’s meow of feline fashion but there are other designers that can qualify. We cats have inspired kitten heels, catwalks and much more. Designer Aniket Satam, from Mumbai says, “Cat fashion is about unabashedly celebrating the love for this feline divinity. Embrace the diva-like quality that comes with the feline species. They have always been these mystical creatures who are so intriguing. Felines have this star-like quality that appeals to me the most,”   And to that I say an enthusiastic “Meow!”

Walk Through The Web Wednesday – 1/25

Happy Wednesday Furiends! We’re excited here in our neck of the woods as The Human received her advance copies of the new Chicken Soup Book, “Lessons Learned from My Cat” Her story is on page 175 and is called “Miss P. and the Turkey”. Yes, another story about our Angel Miss P. I mean what […]

Walk Through The Web Wednesday – 1/18

Happy Wednesday Furiends! I hope that things in your neck of the woods are going well. We had a bit of a mishap here when The Human received our kibble order (weight management, salmon flavor, 10 pounds for $57.00) -yes we know it’s expensive but we’re worth it! Anyway, as we danced around the empty […]

Today is “Blame Someone Else Day”

How will you be celebrating?

Walk Through The Web Wednesday – 1/11

Hello Furiends,Oliver, LIly and I are working on our mewsings on 2022 which we hope to have finished by the end of the week. It’s still winter in our neck of the woods although the temperatures are pretty warm for this area at this time of year (35 degrees F today). The good news is […]

Walk Through The Web Wednesday – 1/4

Happy 2023 Furiends!We decided to freshen up our logo, hope you like it. We’re not going to include much news about us as Oliver, Lily and I are working on our “2022” reflections which we’ll publish later in the week so, in the meantime, here is some of the best feline news I found on […]

We have a store

To all of our furiends, thank you for supporting us and engaging with us in our blog. Oliver, Lily and I will be opining about this past year and we’ll also have a fun announcement! Sending you Purrs & Head Bonks for 2023 Alberto, Oliver, Lily & Anita (The Human)

Hello Furiends,It’s been crazy in our neck of the woods – below zero temps and nasty wind chill and then 38 degrees and rain. The Human has been doing a lot of grumbling, especially when the snow plow leaves a big icy wall at the end of the driveway so she can’t get out. I […]

Well wouldn’t you know it-The Human forgot to set our post for publishing yesterday so the feline staff had to take matters into our own paws. Now, not to be too hard on her, she’s still recovering from her “flu-ey” state and not operating at 100%, not to mention it has been C-O-L-D in our […]

Walk Through The Web Wednesday -on Thursday- 12/15

Hello Furiends,The Human asked us to express her thanks for all your kind wishes. She is getting better and we are quite relieved to have the level of service at our house beginning to return to normal. Now, let’s get to the most important part of the business of today and that’s announcing our book […]