Happy Wednesday My Furiends,
I don’t know what Wednesday means to you but at our house it means the humans in the big noisy truck come by our driveway, grab the green and the blue things The Humans keep in the garage and dump the contents into the truck. The Tribe of Five have pondered this weekly ritual and can only surmise it is some sort of human kitty litter cleaning exercise.  Anyway, I hope you enjoy these little gems I found in my weekly purrusal of the web.
Purrs & Head Bonks, 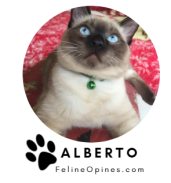 I am a great mewsic fan which is why this news story resonated with me. A songwriter in Nashville, Chris Gantry, leaves his house at 3a.m. to feed stray cats in his old neighborhood. He wants to bring attention to the growing stray cat population and raise awareness for these feral felines. He even wrote a song about it. He is a staunch supporter for  TNR (trapping, neutering, and releasing stray cats) that have been on the streets their entire lives. He works with Metro Animal Care and Control with his TNR efforts.

He knows all his feral furiends but is especially close to a black cat called Midnight, who is the only feral not afraid to show herself to him in the day light.  He calls her the Queen of Belmont.  He calls Midnight a fierce, beautiful young black cat.

Before Gantry could trap her and get her spayed, she had one litter of kittens and  Gantry took them to get neutered and adopted. He says of Midnight, “This cat is wild. She would never let anybody touch her accept me. Unfortunately, that’s the tough part.”

Two paws up for Chris Gantry and his work for feral cats! 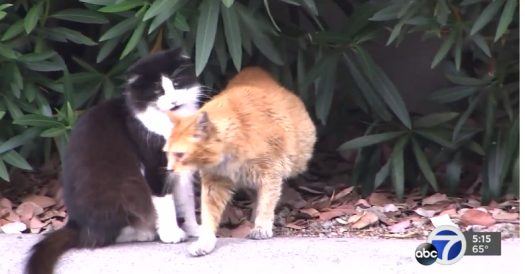 Whenever you humans come up with a creative idea to help homeless kitties, I say “Bravo”. There is a lady in Milpitas, California doing just that.  Instead of euthanizing feral felines, they’re gently coaxed to trust humans and to become loving house or yard pets.

Lorrie Sprain works in administration at the Humane Society of Silicon Valley. But she focuses a lot of her attention in a garden just a few feet away. It’s called the Marilyn & Fred Anderson Community Cat Garden, a fenced in area which feral cats call home.

This lady is a real life cat whisperer who talks lovingly and softly to the new kitties who arrive at the garden, gradually winning their trust and calming them down. She says, “”You have to have patience, and you can get them to come out and eventually you can pet them.”  The process can take a month but the rewards are great. This program has adopted out 260 felines.

Many feral cats taken to shelters are given a death sentence and this program gives them the second chance they deserve.
The community cat garden has been so successful, the Humane Society of Silicon Valley has gotten additional funding to expand it from a current capacity of about 12 to 24.

Bravo, purrs, head bonks and two paws up for this innovative program!

Pick A Cat Name Your Cat Will Answer To – Lifehacker 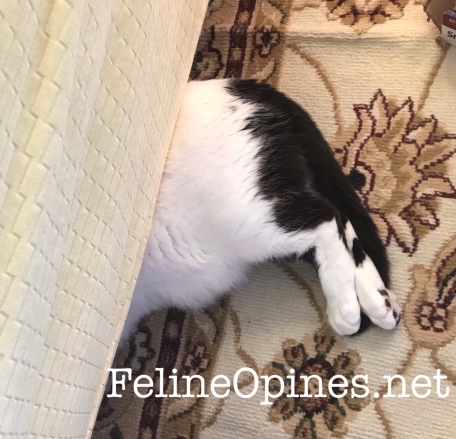 This is Oliver ignoring The Female Human

Dr. Uri Burstyn has created a YouTube video that gives you humans some insight into naming us felines.  The doctor explains that we felines have ears that are fine tuned to hear high pitched noises. He uses his cat Lancelot as an example. Lancelot doesn’t really respond to his name but if he hears “Lan-CEY!” he does pay attention.

Now this makes me wonder if this is why The Humans have nicknames for all of us. Maybe they instinctively figured out that we respond to some names and not others. For instance, Tucker is often referred to as “Tuck-EEE” and Jasmine is “Jaz-EEE”. Lily is often called Lily Bug or Bug but based on this doctor’s premise, The Humans should just call her “Lil-EEE”. Oliver is “Oll-EEE” bat sadly, I am referred to as “Alberto or Al”. Purrhaps it’s time The Humans gave me a new nickname!

Once again our friends across the pond have something new and exciting for felines (and actually their humans as well). A new TV show is asking folks to send in information about their crazy cats. The call out from Athena Films, reads “We are on the lookout for crazy moggies for new series on when cats attack!

As hard as you many find it to believe, some of us do exhibit behavior that makes life with us a little difficult. You know, stuff like having to wear gloves and body armor to clip nails or needing an extra hour to get your furry family member into a carrier for that visit to the place with white coats. I certainly hope they will be offering advice and help to both the humans and the felines!

Aberdeen University’s favourite feline, Buttons, has been voted one of Europe’s cutest cats in an international ranking of campus animals. Buttons is a white tomcat and is a celebrity on campus, known to spend most of his time near the philosophy department.

Study.Eu, which offers information on English-taught study programmes in Europe, chose the puss based on his “political ambitions”. Earlier this year Buttons was nominated by students to become the university’s new rector, a position once held by Sir Winston Churchill.

His supporters claimed that since the cat was “apolitical” and “fluffy,” he would have been the “ideal candidate”. Sadly, Buttons did not win the seat but remained in good spirits after the loss.

Walk Through The Web Wednesday 1/19

Oh my whiskers, it’s Wednesday already, boy did the last week fly by! Now that doesn’t mean that we were busy, well let me correct that, The Human was busy but we felines were a bit bored and that is how this conversation got started. Since we were bored, we had our purrsonal assistant make […]

Walk Through The Web Wednesday 1/12

Happy Wednesday Furiends!The weather in our neck of the woods is icky, First we had weeks of snow dump on us. This was a good thing for some of the more resourceful neighbors. The Human took these photos from inside so the quality isn’t so great. The point is, the deer figured out how to […]

Walk Through The Web Wednesday 1/05

Happy 2022 Furiends,It’s been a busy week for us, doing all the things that felines are required to do. As you can see, Oliver and I are almost exhausted from our work over the New Year holiday. Lily was busy as well. And then there was the moment The Human came home from work early […]

We are so thankful for all of you and are purraying that 2022 will be the most meowvelous year ever. This is the first view of the new year out of our living room window. Purrs, Head Bonks and lots of ❤️ from, Alberto, Oliver,Lily and The Human (Anita)

Walk through The Web Wednesday 11/29

Hello Furiends,As this year comes to an end we felines have spent a few moments reflecting about the past year’s events. It’s been a pretty good year, the summer was one of the hottest on record, this winter is one of the coldest and most snowy. The Human made it through with most of her […]

Hey there furiends,We are giving The Human a little break to make us tasty treats and get our Christmas gifts organized so we won’t be walking through the web this week. But we wanted to give you all a little something so we have some our our favorite Catmas videos. We hope you enjoy them! […]

Walk Through The Web Wednesday 12/15

Happy Holidays my furiends,Our neck of the woods has not seen as much snow as usual but The Human isn’t griping about it since our garage door broke. That means she can’t get her car in our out of the garage and she has to scrape snow off of it every morning. This has done […]

Walk Through The Web Wednesday 12/85

Season’s Greetings Furiends,I hope you are enjoying this holiday season. We are not slacking off even though many folks we know have extended time off during this time of year. We have been working hard on a product review that the kind folks at Paint My Pooch asked us to do. Before I get into […]

Walk Through The Web Wednesday 12/1

Happy First Day of December Furiends!We took last week off while The Human prepared for Thanksgiving but we’re back now! We hope you a good holiday and that you enjoyed the extra time your humans had to spend with you! The Human in our house had a good Thanksgiving but then she crashed the next […]

Hi There Furiends,We decided to release the videos of our #RememberMeThursday contest winners during Thanksgiving week because we felines believe the best thing to be thankful for is a furever home! We picked two of our furiends as contest winners. Their rescue stories are purrfect and remind us all that every kitty deserves a home. […]