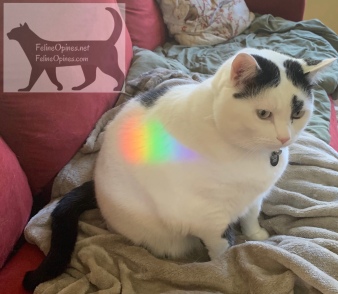 “And when it rains on your parade, look up rather than down. Without the rain there would be no rainbow.” G.K. Chesterton

Finally, finally, it looks like spring is coming. Temperatures are warming up and The Female Human even opened the windows the other day for us to sit on the sill and sniff the great outdoors. The Tribe of Five is enjoying sun puddles and we captured Oliver the other day in a purrfect position to catch the colors from the Austrian crystal. 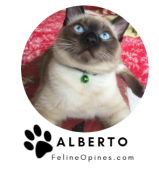 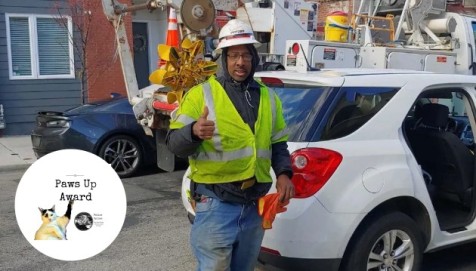 Verizon employee Maurice German was recently suspended from his job after he rescued a cat named Princess Momma who had been stuck on a pole for over 12 hours.  After the cat’s human called the fire department, animal rescue and the phone company but no one returned her calls. In desperation, the human approached Mr. German and he helped.

And what did his heroics get him? He was suspended for three weeks without pay for violating Verizon’s safety rules. Fortunately, there are lots of good-hearted humans out there who put together two Go Fund Me pages to help the man and his family while he goes without pay. One raised $3,395.00 and the other raised over $7,000.00..

Dear Verizon, I hiss in your direction. 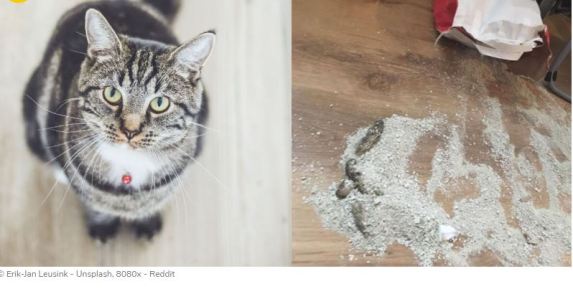 He weighed his options…..go on the floor, meow in dersperation for help? What’s a kitty to do?

Tino’s solution was to find the litter bag, knock it on it’s side and spill litter on the floor. He then attended to his business. Despite the fact that Tino’s human had a big mess to clean up, we give Tino a paws up award for ingenuity.

Tino is now an internet sensation and there are poems and odes to honor his feline problem solving skills.  Note to humans…..make sure the door to the litter box is NEVER locked! 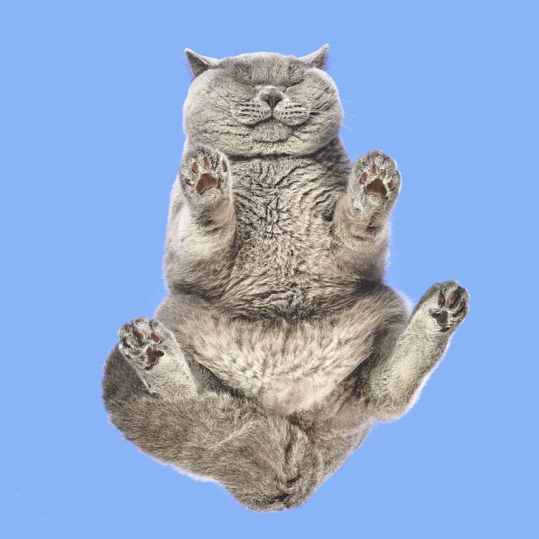 Andrius Burba is famous for his unorthodox approach to animal photography. This time he’s presented an entirely new view of felines, from the bottom up.  He’s added to his new portrait series Underlook with Under-Cats to show how we felines look from below.

He said,  “The Underlook project started four years ago when I saw a ridiculous looking picture on the Internet.  It was a cat sitting on a glass table that was photographed from underneath. I decided to level up the idea and photograph it professionaly to see those paws in hi-res and that is how the Underlook project was born.” If you humans think you know us felines, take a look at the pawsome photos on this site. Meow! 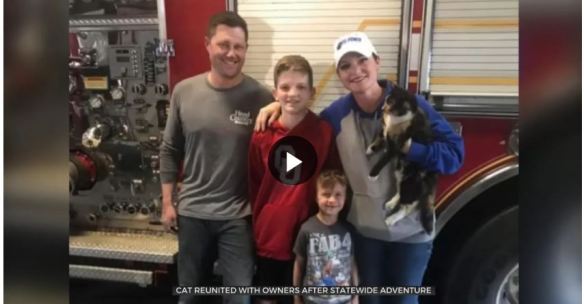 Tulsa Fire Department’s Station 23 rescued a cat named Snickers – not once but twice.

They didn’t have to crawl up a pole because the fleeing feline took a 130 mile ride from Mustang, OK to Tulsa in an engine compartment of someone’s car.

When Snickers was discovered missing and her humans tried to find her, the kept praying and their prayers were answered.

Tulsa firefighters were called to help get the feline out of the car. found Snickers when they got the unusual call to rescue the furry feline from the car. They kept her at the fire station the first night and then one of the firefighters took her home where she resided in the laundry room while they tied to figure out what to do with her.

Fortunately, a story about Snickers was aired on the sister TV station in her home town and someone recognized her and contacted her humans.

Just when  Snickers was so close to being returned home she found her way into a compartment under a fire truck at the station and the firefighters had to rescue her again.

The story has a happy ending, Snickers was extricated from the firetruck and back into the arms of her humans, right before the firefighters were called out to fight a fire. You can watch the video story here.

Paws up to these firefighters for going above and beyond and for saying, “I know that if it was my cat I’d want someone to do everything they could,” said Emerson.

Snickers, I suggest you stay inside and away from any type of moving vehicle!

Human’s Singing Pushes This Feline Named Harvey Over the Edge 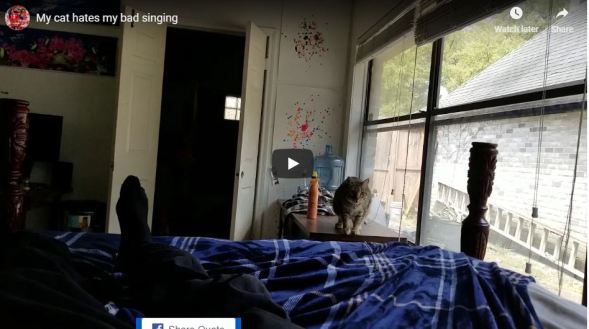 We felines put up with a lot from you humans and most often we put up with your shenanigans but even felines have a breaking point.

YouTuber Greg Molick uploaded a video of his unusual rendition of “Under Pressure” by Queen and David Bowie. His cat Harvey is not a fan of his singing voice.

After 30 seconds, Harvey decides to jump up on the bed and show Greg exactly how he feels about his musical abilities. You go Harvey and IMHO that screeching is tantamount to animal abuse! Watch the video and decide for yourself.