Hello There Furiends,
It’s that time again for me to sniff out some of the less publicized and more interesting feline related postings on the information highway. IO hope you enjoy this week’s finds.
Purrs & Head Bonks,

Why Cats Make The Best Drinking Buddies, A Treatise – Vinepair 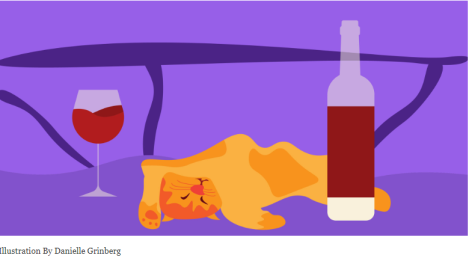 Please understand that I am not promoting over imbibing for you humans. I am a cat of moderation and think you humans should be the same. I do have to say this article is clever, even if it does take some digs at us felines. But I say, if you can’t laugh at yourself, you’re going to be pretty miserable. After the author says that “cats are grumpy, they really only care about themselves, and boy, do they judge you. ” He redeems himself with, ” Once they’re on your side, however, they’re loyal. Feline camaraderie feels infinitely more meaningful than its barking equivalent.”

I love stories about the creativity of humans when it comes to shelter kitties. This was a new one and it’s great. The good folks at the SPCA of Florida discovered that a warm laptop and the glow of the screen captivates felines. They decided they’d play kitten friendly videos on laptops and the results were purrfect.

The kittens watch videos like “Barnyard Buffet” where mice run through pieces of cheese, birds flutter by and bugs are all over the screen. The kittens are reacting with the videos and their environment is enriched greatly.  Human experts say that the visual stimulation is good for the cats and that they love the computers because they are a nice place to snuggle and warm up.  When Oliver and I were kittens, we had an iPad mini to play with and we loved the Friskies app Jitterbug.  Maybe you humans should start donating your old laptops to your local shelter.

Photographer Andrew Marttila is a photographer famous for capturing the awesomeness of us felines. His latest project is  “Cats on Catnip,” which allows you humans in to the realm of feline nip addiction. Now I realize I said earlier that I am a feline of moderation but I forgot to mention that does not include catnip! Each member of The Tribe of Five has a different reaction to nip but we all agree, Tucker can be a mean drunk!

Does Having A Cat Reduce Stress? Science Says A Feline Friend Can Definitely Help You Chill – Elite Daily 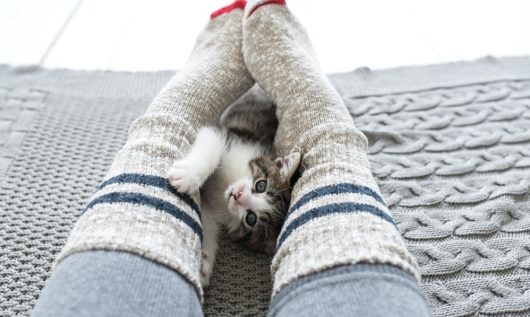 You humans keep on debating this issue and I decided I’d put this issue to rest because science has proved it!  For instance, a 2009 study published in the Journal of Vascular and Interventional Neurology found that having a cat can — get this — reduce your risk of having a stroke or heart attack by a third.  Professor Adnan Qureshi, a researcher from the University of Minnesota who led the study, told The Telegraph that even he and his team were amazed by the numbers in their findings. He also said that he believes that “stroking the pet could cut the level of stress-related hormones in the blood.”
So can we put this ridiculous argument to rest finally? Cats are good for your health humans. My Humans think insurance companies should offer a discount for those who live with felines.

I’m sharing this ad from our local Panhandle Animal Shelter.  All of The Tribe of Five were adopted and Oliver, Lily and I came from Panhandle Animal shelter. Please consider giving a feline a furever home this month. If you’re in doubt, just ask our Humans. They love their furry family! I’m sharing pics from our feline family album. Now go adopt a cat!

9 thoughts on “Walk Through The Web Wednesday 6/27”