Hello Friends, Feathered, Furry and Otherwise,
Alberto here, bringing you my favorite feline finds from my deep purrrusual of the web. I must say, life has been very hard for the Tribe of Five lately. All summer, people (the female human refers to them as “relatives”) have been marching in and out of our house, causing our humans to be less than their normal attentive selves and closing the door to OUR bedroom and refusing us access. This constant parade of strange humans must cease and if it doesn’t soon, the Tribe will have to take drastic measures (don’t ask, it won’t be pretty). At least my purrrrsonal assistant made time to get my Wednesday wanderings post done but I am not happy. There is much that the Tribe of Five want to opine about.

‘Hope  you are all having a lovely week. Until next time,
Purrs & Head Bonks, 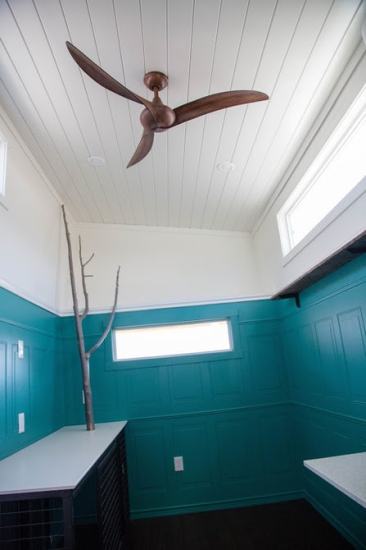 The female human loves to watch the big square with moving pictures and one of her favorite things is a show about tiny houses. Now as we are a Feline Tribe of Five and happily accustomed to quite a bit of space, we’ve told her, “Don’t even think about it” but I must say, this little abode, created with felines in mind is on awesome space. Although they call it “El Gato” they could have called it “El Perro” because there is a pet door that leads to a kennel and a dog washing station. My favorite part is the rooftop deck where a cat can catch a few rays and the built in cat tree. Way to go  humans!

Those of you who follow my Wednesday wanderings know how much I love a good story about working cats and, my love and admiration for the good humans “across the pond” who have such love for “moggies”.  This story hits both passions and showcases a working cat who made quite an impression.

Brutus, the tabby would walk from his home to the local supermarket in Wales every day, charming customers and snoopervising the quality of the meat and fish section. With a Facebook following of over 12,000 folks he was quiet a social media phenom. Sadly, he passed away earlier this year, but his fans raised 4,000 pounds (or over $5,000.00 us) and had an 18″ bronze statue of Brutus made so that all those who met and loved him can remember him. RIP Brutus, you left paw prints on the hearts of many folks.

The Hemmingway Cats Are Safe and Sound in Key West – TMZ

There are ongoing stories about felines and the latest weather disasters. I found this one interesting because the female human has visited the Hemmingway Cats.  These cats reside at what is the former home of the writer, Ernest Hemmingway. The cats there are all polydactyl (six-toed). How did these unusual felines get there? The story is that Ernest Hemingway was given a white six-toed cat by a ship’s captain and some of the cats who live on the museum grounds are descendants of that original cat, named Snow White.

Many feline lovers were worried about the Hemmingway House cats when Irma came blowing through. Well, I’m happy to tell you they are all safe and sound and, the good folks that care for the felines planned ahead, laying in a supply of 300 pounds of cat food before the storm, enough to feed all 55 kitties for the next four weeks (they normally eat 80 lbs of food per week). Two paws up for the forward thinking humans! 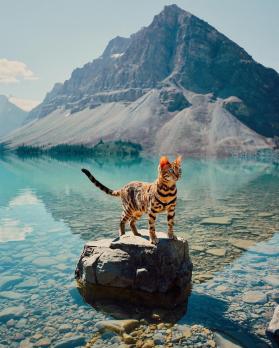 I have been seeing photos of this stunning cat all over social media but never read anything about this feline’s story. I was happy to see more photos of this stunning Bengal.  Suki is an adventure cat and as a Bengal, she is elegant and graceful with all the beauty of a wild but the temperament and sweetness of a domestic feline. Bengals were created by breeding Asian leopard cats with domestic cats.  And even though Suki liked to live on the edge, she also enjoys eating treats, cuddling, and chilling at home. 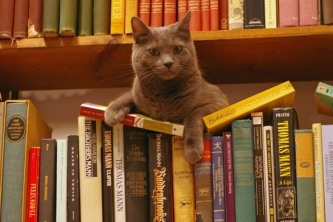 Chicago’s top bookstore cat, Hodge, is out of a job – Chicago Tribune

It’s not only humans who have to be concerned about their job becoming redundant. Hodge has been working at the South Loop used bookstore for 10 years but sadly, was laid off on June 30th of this year because the book store closed it’s doors due to declining business. Hodge has had two books written about him and the store was selected as the city’s “best bookstore with a cat”.

But don’t worry about Hodge, his retirement is quite cushy. He is now living with the bookstore owner who rescued him 10  years ago and is joined by his feline co-worker Ma’at. Every working cat deserves a nice retirement like this. Click here to see a video of Hodge in his element at the bookstore.