Hello All,
Alberto here. I’ve found some purrrfect feline stories this week, working cats, hero cats, famous social media cats and more! I hope you enjoy these stories as much as I did. 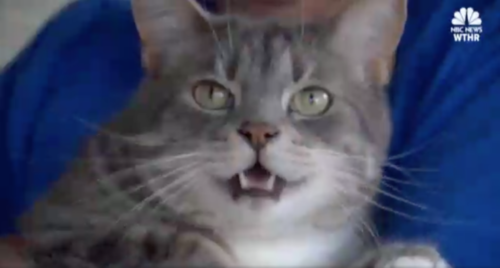 Binky is not a cat to be messed with, as one criminal learned, the hard way. When this human tried to break in to a house, Binky was having none of it and not only did he prevent the burglar from getting anything in the house, he made sure the guy felt his wrath, the police had to call the purrr-a medics to treat the criminal’s injuries. Meow! 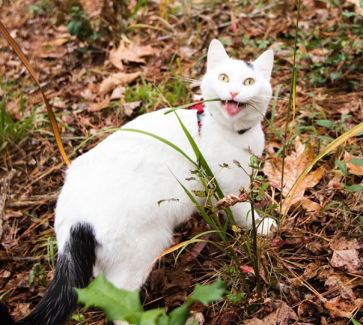 Cat Visits Every National Park And Enjoys It! – Distractify

Travel is not the favorite thing on most feline’s list of things to do but Vladimir is the exception. He’s been road tripping with his humans since he was only a kitten. They roam the highways and byways in their Toyota RV.

Vladimir has been traveling with his people Cees and Madison Hofman in an old Toyota RV basically since birth. It all began when the male human proposed to the female human in Yosemite National Park in 2014 and then they took to the road permanently in 2016. You can find more information on Vladimir and his humans on their website.  I noticed he is a kayaking kitty. The female human says she wants to take me kayaking, I may need to contact Vlad for some tips! 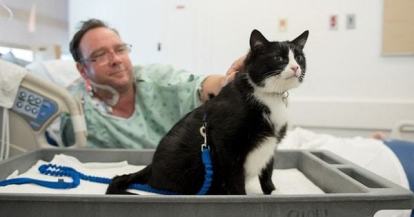 Finding a forever home is one of the best things that can  happen to a cat and sometimes, cats give back, like our friend Duke Ellington Morris. Duke started his life living on the streets but now isa permanent employee at the University of California San Francisco (UCSF) medical department. Duke and the daughter of the Morris family fell in love at first sight and he adapted to his new home easily. He was such a wonderful cat that his humans enrolled him in the Animal Assisted Therapy Program at the SPCA in San Francisco. He passed all of his tests with flying colors and tail held high and joined the animal service team at the hospital in 2015 (the only feline among 16 dogs).

Duke loves the love and attention he receives from his patients but he’s always glad to go home at night with his very own human.

Well this feline learned something new, never knew that cats were a tradition at the NY Times! The article says that the tradition started when foreign correspondents began to adopt and/or bring cats into their homes for companionship.  Times journalists from Baghdad to Dakar to Pakistan, have continued the tradition of rescuing local cats and bringing them into their homes.  It wasn’t only the love of cats but the ability to do something in places where there was so much misery and war. One correspondent described it this way, “At that point, in Baghdad, there were bombs going off several times a day, sometimes killing dozens of people at time,” he explained. “The cats were a catharsis. You were able to take care of them. You knew you were making a difference.” Many of these felines return home with the journalists and their families and find themselves in much “cushier” accommodations than their wartime digs. 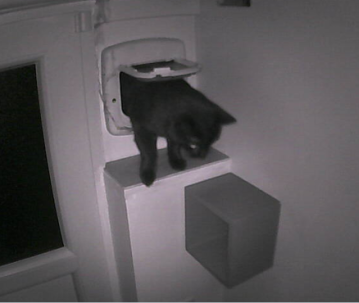 Social media fame and stardom does have it’s drawbacks for felines just like humans. Take the case of Pepito, a French kitten with 34,000 Twitter followers (@PepitoTheCat) His comings and goings are filmed on his Twitter account and he has a large following in Brazil.  The Brazilian contingency was extremely worried when Pepito had not been seen for more than 22 hours.  There were memes with black draped photos of the feline, sad odes to Pepito and some even suggested a search party. Where was Pepito? Well if I told you, I’d spoil the surprise!

2 thoughts on “Walk Through The Web Wednesday 6/14”