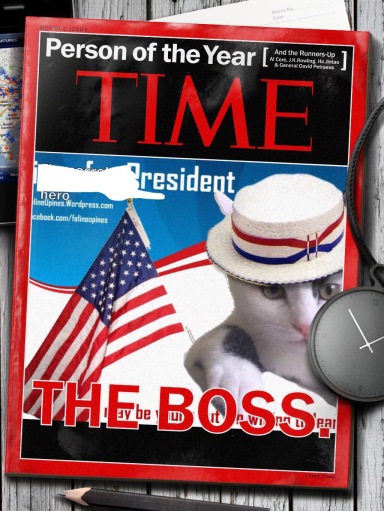 Oliver here. Since today is Purresident’s Day I found myself reminiscing about my run for Alpha of the Kitty Kat Pawty.

It was a great ride, I worked with my feline staff to purrrfect my purrlitical platform (at the time I threw my straw hat into the ring, I was only a kitten) so the advice of those older and wiser was greatly needed.

Tucker offered some sage advice, stating that  if a candidate would guarantee a catio on every front porch, a home and food for every feral cat and a bird feeder in front of every window (kitty cable) that cat-i-date would receive his vote.

I no sooner began my campaign when I discovered my feline competition, Limberbutt McCubbins.  As I purrused his platform I found areas where we agreed and other areas of great difference. For instance, McCubbins’ passion for homeless felines is one I share.  I was disturbed however, on his support of a return to cat space flights. Never in my wildest kitty dreams have I thought hurling hapless felines into space is a good idea. 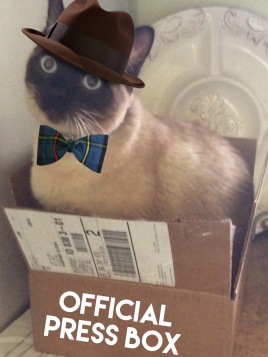 My furry campaign manager was  quite pleased to announce my running-mate, a sage and beautiful feline named Olive from Three Chatty Cats. Olive brought some new ideas to the campaign. She advocated for an official “Tortie Day” and promised to organize “Tortie Tuesdays”. She focused on homeless kitties and wants to see more clicker training in shelters for felines. She also promoted a mandatory “Tuna Day”. All sound ideas that all felines could get behind.

The humans had campaign buttons made and handed them out at the BlogPaws conference, provided them to Blog fans and worked hard for the cause. (Photo of actual button on the left.)

All in all it was a great run. I gave what I felt to be an excellent concession speech and made it clear that I have not given up my purrlitical aspirations. 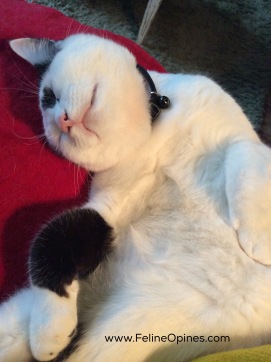 Will I run for purrresident again? I haven’t decided but I can assure all my cat-stituents that there will be some purrlitical campaign in my future.  As I look at my options I am incorporating a strict regime of rest and reflection.

I leave you with my campaign slogan and wish you all a great Purresident’s Day!

“We must vote for tuna, vote for catnip, vote for a brighter future for all cats.”.
Purresidential Catidate. Kitty Cat Pawty, Oliver