Hello Friends, Furry, Feathered and Otherwise,
Alberto here. Please forgive me for missing my Wednesday Walk last week. The humans were off somewhere celebrating this thing they call “Thanksgiving”. We had a great cat sitter so all was well at our house but truth be told, I’m a bit miffed that they didn’t bring us any of this “turkey” they keep talking about. Sometimes humans can be so selfish.

But I digress. Here are my feline findings on the web this week.

There are many kind humans who feed and care for feral cats. Sarah Shipton is one of those kind humans and when some of her feral friends were found dead or disappeared she decided that these felines needed a safe place. She took out a loan and built a sanctuary for the feral felines in her area.

She installed a cat proof fence, insulated shack full of kitty toys and a safe place for the felines to sleep and stay out of the cold, a lawn dragon and a porch where humans can enjoy the kitty cavorting and lots more. The Catty Shack is a 501c3″ no-kill animal shelter in Hamel, IL and the bulk of the contributions they receive are used for testing, spaying and neutering and food.

If there was an award for human rescuer of the year, I’d give it to Sarah Shipton. Two paws up for Catty Shack! 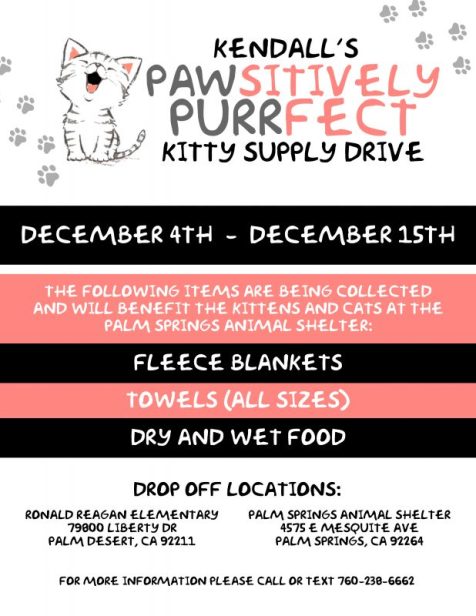 While we’re on the subject of humans doing great things for felines, here’s another example. This mini-human named Kendall Keyes (who is only 9 years old) was concerned when she learned that the Palm Springs Animal Shelter needed warm fleece baby blankets for their adoptable kittens and cats. She sprang into action and with the help of her mom and school counselor, Kendalls Pawsitively Purrfect Kitten Supply Drive was born.

So you see humans, you don’t have to big, old or famous to do something fantastic for the felines at your shelter!

Our female human is a writer and happens to be writing a mystery that centers around animal forensics. I for one, thought she was a bit crazy until I stumbled upon this article. A woman accused of sending letter bombs to Texas Governor Abbott and former President Obama was recently arrested and indictes and some of the key pieces of evidence in the case…cat hairs!

Evidently the Feds found cat hairs stuck under the address label on the letter and voila, the rest is history.  So now I guess I owe our female human an apology, especially since I have it on good authority that there are two characters in the book that are exactly like Oliver and yours truly!

Those of you who follow my Wednesday wanderings know how much I love stores about adventure cats (being an aspiring adventure cat myself). I’ve featured many but this story is about an adventure cat and his canine buddy.

Henry, the dog and Baloo, the cat were both adopted from shelters and now that they have each other, their humans take them camping. These two have some amazing adventures and you can follow them on their Instagram account. Hmm, maybe I should speak to the humans about adopting an adventure buddy for me. 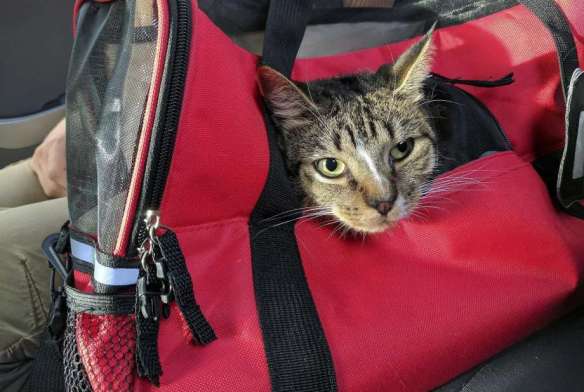 Even world-famous media cats and adventure cats have their limit. Oscar, as his human desciribes him, is a “cat of the world” but there is one area of modern life that Oscar does not like and that is flying. Note his less then enthusiastic expression in his carrier.

After you read all that the human had to go through before and during the trip and Oscar’s response, you’ll want to think twice about taking your feline on a flight, even if they are the most adventuresome of cats.