Alberto here bringing you my Wednesday mewsings from around the web. I hope you enjoy this week’s picks. 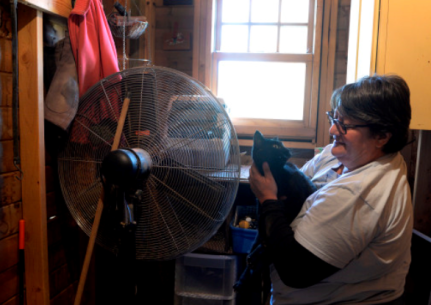 The feral cat population in California is exploding (estimates are 3 million). The weather is warm and food is fairly plentiful but feral cats don’t have great lives and don’t live very long either. Many California feral cats are euthanized but these kitties, if spayed/neutered can thrive if they’re given jobs as rodent control. And there are some dedicated folks in Colorado and at the Kitty Bungalow Charm School for Wayward Cats, a feral cat rescue are doing. So far they’ve made three trips from California to Colorado in the “Meowgic School Bus” giving felines a ride to their new work locations in barns, homes and businesses in Salida, Golden and Fort Collins Colorado.  What a wonderful way to give feral kitties a home and a purrrrrpose in life! 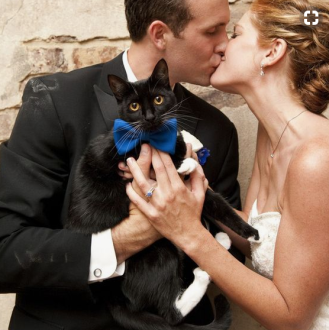 I have previously reported on weddings that included beloved felines or cat-themed weddings. Little did I know you could search “cats at weddings” and find such a treasure trove of photos. So humans, fear not. You can find all kinds of ideas to include your beloved kitty in your future wedding preparations.

The Real Felines of New York – I Can Haz Cheeseburger?

I will never understand why you humans are so interested in “housewives” from so many cities. I guess Jim Tews felt the same way so he started a page that features kitties from around the city.  Not only are the photos great but you can really get a glimpse into the life of the kitties in the Big Apple, for instance, there’s Scout from Astoria who has suffered under the city’s regulations, “I went to culinary school. I tried to open my own pastry shop, but I quickly found out I was up against a bureaucracy that was beyond my comprehension, and pretty intolerant. I had everything in place, but the health inspector shut us down as soon as he realized my staff was all cats.”

This story combines two things I love, cat adoption and working cats. Support Dogs Inc, in St. Louis recently added a feline member to the team. He’s a former feral kitten named D.O. G (pronounced “dee-OH-gee”) who has become one of the best training tools they have.  He trains the dogs to sit still, not to get up or react to him (and not to bark). D.O.G. is purrfectly fit for the job because he’s fearless and he stands up to all the dogs no matter their size. Way to go D.O.G and thanks to Support Dogs Inc for giving this feline a home and a job!

True Heroes,  Men Who Save Cats From Trees – BBC News

There are some mighty tall trees in Washington state, but Washington felines, take heart because you have Sean Sears and Tom Otto from Canopy Cat Rescue.  I say two paws up for these great humans! (You can see them in action by clicking on the link to the video below).