Hello Friends, Furry or Otherwise,
I told my purrrsonal assistant that there would be no slacking and just because she had what the humans refer to as a “holiday” day off yesterday, I still expected her to ensure my blog post was taken care of. I mean, how can you have a “walk through the web Wednesday” on a Thursday? I am happy to say that she managed to get my notes translated so here’s my weekly view of my favorite things feline on the web.
Your Friend,

I am always pleased to see humans coming up with new and innovative feline-related events. This one in Philly is something I hope will sweep the nation.  It’s a 3-day feline festival that will feature cats looking for a furever home, vendors selling all sorts of kitty stuff and stuff for those who love kitties and they’ll even have some feline celebrities. 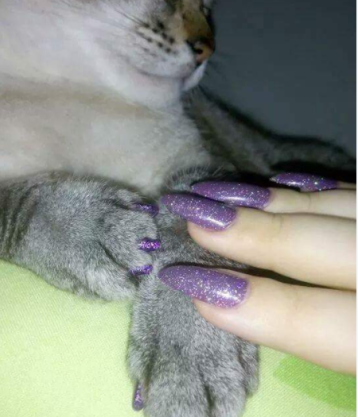 Felines and Humans Now Can Have Matching Manicures – Bustle

Since I’m a manly cat, I wasn’t too sure what to think about this. I polled the two felines in The Tribe of Five, Jasmine and Lily.  Lily is so adverse to having her nails touched she freaks out so the humans have to have the vet do it. Needless to say, Lily had nothing nice to say about this idea. Jasmine is much more mellow and she’s a bit of a fashionista so she was okay with the idea as long as the procedure didn’t require her to be shoved in a kennel and taken in the metal machine with wheels. Maybe city kitties will like this better than rural kitties.

Those of you who follow my Wednesday wanderings know I love to feature working felines, so here are my two faves for this week.

Three of these litter-ary felines are in the United States and one works at a library in Russia. All of their job descriptions are similar, with each bringing their own unique purrrsonality to their workplace. I’m featuring a photo of the feline with the best library name, meet Stacks. 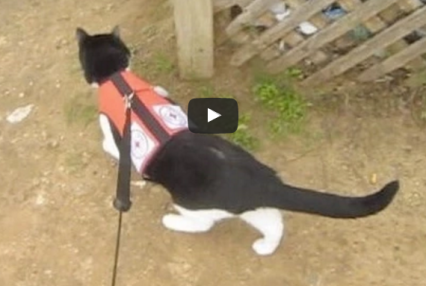 While all working cats have important jobs, I must say, Henry has a SUPER important one. The article talks about one of Henry’s many successes, where he sniffed a parking lot and around a deck to find a frightened kitten. He picked up the kitten’s scent and waved his tail, his signal to the humans that means “I found him!”.  The kitten was hiding in a pile of trash, Henry’s human had the kitten’s human call the frightened little guy over a speaker, when the kitten came out, Henry’s human grabbed him and returned him to his humans.  Way to go Henry!

My final section for this week is entitled, “we don’t need opposable thumbs”.  You will marvel at what these two felines accomplished.

My humans watch food programs on the big black screen. They also like to watch this thing called YouTube when they need to learn something (they recently used the YouTube to put together a treadmill for the female human). It stands to reason that felines can learn knew tricks with the YouTube thing as well. Case in point, watch this kitty master the art of dough kneading via video.

So this clever cat figured out how to help around the house, namely he knows how to flush the toilet. Now one would thing his humans would be thankful and acknowledge this feline for his helpful ways but nooooo-the humans complain about the costly water bill! Sometimes I wonder what it takes to make our humans happy!