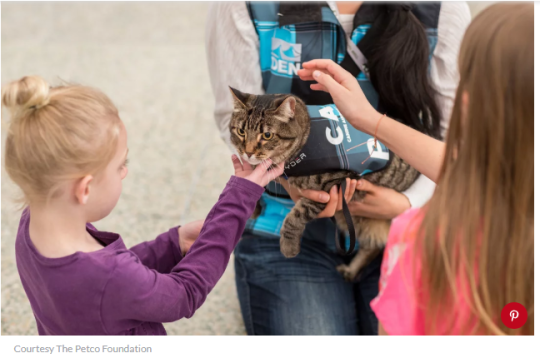 My readers know how much I love stories about working cats. We felines are capable of so much more than you humans can imagine!  This is a story about a therapy cat at the Denver airport . I know, you mostly hear about therapy dogs but therapy cats are out there too!

Xeli works at the Denver International Airport in their  Canine Airport Therapy Squad (CATS). Despite the name,  Xeli is the first feline on this squad. Xeli works with more than 100 certified therapy dogs.

Xeli’s work as an airport therapy cat earned her recognition from the Petco Foundation, who dubbed her a Helping Hero. The next time your humans travel through the Denver airport tell them to look for the Tabby in the blue “pet me” vest. 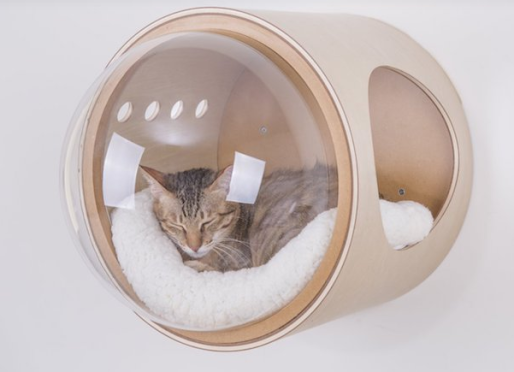 If your humans are fond of Science Fiction,  space movies and books then they will probably want to buy their felines one of these.  Now I’ve featured unusual cat furniture before but these beds, which sit on the floor, mount on the wall or even sit on top of a table are out of this world.   Myzoo Studio is the company launching these futuristic cat sleeping pods inspired by space ships. I quite like the wall mount bed so “Beam me up Scottie!” 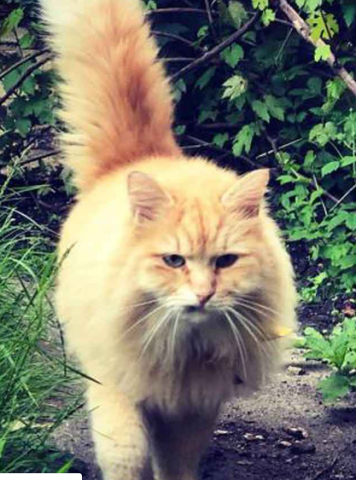 I especially like this story as it shows that being an Internet star can pay off. It really payed off for this Ginger Siberian Forest cat named Mr. Muk whose Instagram account helped return him to his home in Islington, North London.  His human sent out a global cry for help and the local police released CCTV images of Mr. Muk with the catnapper. A little over a month later the cat thief was caught.

So my famous Internet feline furiends, if some nasty catnapper takes you away have your humans reach out to your fans!

This former military man is making cardboard tanks for the cats he looks after – Independant.ie 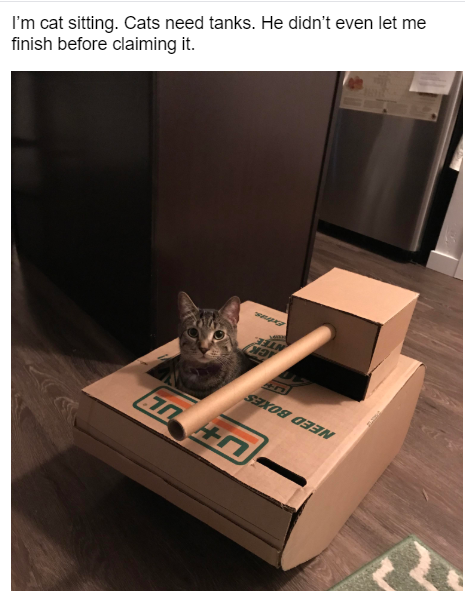 Now I do not want to cast any aspersions on our excellent and beloved cat sitter but I must say, this human goes above and beyond! Justin Huegel, 42 who lives in Maryland is a military vet. I’ve always said that “Real men love cats” and Justin Huegel is a shining example, he lives with five felines.

When he offered to care for a friend’s felines those felines had quite a surprise. Justin said the tank idea began as a joke. He made tanks for his own cats and thought his friend would find her cat in a tank amusing.  The cat, Charlie, embraced the idea and loves the tank. Justin said the cat refused to exit the tank so he had to work around him to build it.

Justin gets a paws up award for the most pawsome cat sitter!

Normally, the only cat Halloween news items you find are about humans shoving felines into ridiculous costumes. This is a news feature with a twist.

Kiko the cat is enjoying a new Halloween tradition. What say you my furiends? Yes or no? (I say it beats the heck out of a stupid Halloween costume!). Watch the video and come to your own conclusions.